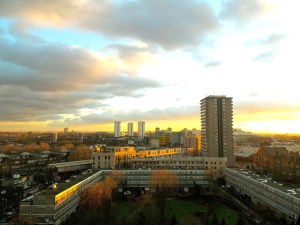 THINK have  finally received some good news amid all the chaos, misery and grief that our local North Kensington community has had to go through.

The first piece of good news relates to the Silchester Estate that has long been under threat of “regeneration”.

Our friends from the Save Our Silchester campaign have fought an amazing campaign to save their homes from social cleansing over a long period of time.

We have since been informed that not only have the Silchester regeneration plans been put on hold, by following  a residents meeting, the options appraisal and all external consultations with regards to the “regeneration” plans have ended.

We are really pleased for the Silchester Estate residents and have  long supported their campaign to save their homes. This really is a victory for people power and the North Kensington community!

We will also take the unusual step of thanking Kim Taylor-Smith for actually listening to the views of the residents (for once!)

We have also heard the good news that the TMO are now no longer in charge of the Lancaster West Estate (which Grenfell Tower is in) , so hopefully residents of the neighbouring blocks will also be listened to.

And further good news is this report that RBKC do actually plan to buy some properties on the open market (as we suggested in our previous post), in which to offer Grenfell survivors as social housing –  see the Evening Standard article here:

We are pleased, but THINK still do not have much confidence in the Conservatives on this council as we have years of  living under their rule and our experiences and those of the majority of people in North Kensington are far from good.

A few notes of caution  here:

The first  is over “regeneration” . We are really pleased to hear that the Silchester Estate is safe, but we haven’t heard any news regarding their other smaller regeneration plans.

We believe that those of us living in low density blocks of flats in North Kensington which are not considered part of an “Estate” and those who are living in or share part of their communal areas with temporary accommodation flats in the borough should be very wary. After all it is easier for RBKC to push through “regeneration” plans in lone buildings that do not have residents’ groups or those where some of those who are still waiting to be housed are living – especially if RBKC could likely get away with using this to make out there was “little objection” to any plans.

We are also unhappy that the TMO are still responsible for managing the rest of our social housing outside Lancaster West. We also recently have encountered some of them behaving in a tactless insensitive and rude manner to some tenants and leaseholders, particularly those in North Kensington.

THINK believe that it is time that the TMO was shown the back door for good. Most in North Kensington since Grenfell now have more than enough reason to distrust them (especially those who saw the fire and knew some of the deceased or know some of the survivors.) After all, what does it say if  you believe the TMO to be incapable and incompetent enough to remove them from Lancaster West, but still allow them to be in charge of all other social housing in the borough? So forgive some of us if we are still feeling like second class citizens here.

We are also cautious that RBKC has only mentioned purchasing one and two bedroom flats for Grenfell survivors , so we do wonder where some of the larger families will be offered accommodation too.

Anyway, some good news is better than no good news and we are pleased that RBKC appear to have taken a few steps in the right direction.

Just a warning though; appearances can be deceiving.

1 thought on “Silchester, Grenfell, the TMO and RBKC: Good news at for some at last but we have reservations…..”

This is a text widget, which allows you to add text or HTML to your sidebar. You can use them to display text, links, images, HTML, or a combination of these. Edit them in the Widget section of the Customizer.
Loading Comments...
Comment
×
%d bloggers like this: