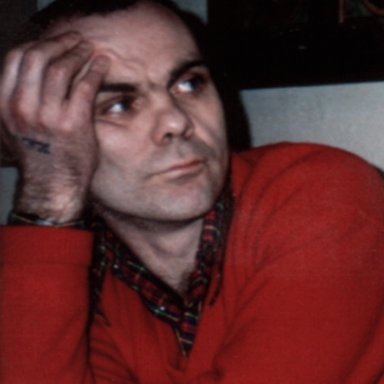 THINK are very sad to report the recent passing  last month of our friend Francis O’Connor. Francis was part of the Grenfell Action Group and the writer of so much  of their work.

Here are some words  from Tia, Editor  and founder of THINK, plus we have put  links to some of our favourite GAG blogs at the end so others can read and appreciate some of Francis’ finest work.

“Some terms  like “influencer”, “speaker of truth to power ”  and “groundbreaking” are far too often over-used, but these are  entirely  right to use about of Francis O’Connor;  his extensive volume of  work , the outstanding  contribution he has made to this community and his work with many others, and of course,  his legacy – such as  blogs like this one  – which carry  the obvious influence of his writing.

The Grenfell Action Group blog began in  2012. Both highly articulate, intelligent residents with a wealth of knowledge about our community and the many issues facing us, Francis O’Connor and Eddie Daffarn were something of a “dream team”  – Francis with his  brilliant  on-point heartfelt writing and research skills and Eddie with his energetic, tireless  and thoughtful campaigning  skills  and networking with others.  Together, their activism  and work and, long after Francis had moved away, were a continuing, much felt and much-needed  presence for years afterwards and their work still stands up today.

It wasn’t just the GAG blog where Francis made an impact  He had been a resident of Verity Close, North Kensington for many years, and a key figure on the Lancaster West Estate management board (EMB) where he was a strong resident campaigner who fought passionately for positive social  change in and around there  and the surrounding neighbourhood.   There are still many residents of Lancaster West  Estate who fondly remember Francis and all the work he did for the Estate and community there  today

After his health worsened,  and suffering from so much noise and disturbance from the KALC project (GAG was originally set up to oppose this)  and deeply worried about what  the  Council  was doing to the local area and where this would leave  the locality in the future, Francis  moved back to Ireland in 2013. This picture is taken from back then:

Francis continued to write blogs  and correspond with people here for years after his move and even from so far away, he was still with North Kensington, still a powerful voice and still a force to be reckoned with.

The first time I met Francis was in early 2017  when he visited North Kensington when Eddie  (who I had  known for a few months then) introduced him to me. We immediately connected on many levels and talked about the impending  (and now thankfully abandoned) Silchester  regeneration, and further  threats to our neighbourhood and residents at the hands of RBKC and the Government  Our chat went long into the evening and I knew I had made a friend for life.

I can honestly say that if it hadn’t been for Francis and his writing , his outstanding research, his sparky sense of humour, his deep interest in others, and enthusiasm for North Kensington, many other communities and strong  sense of  recognition of the numerous injustices that  have blighted residents, there would be no THINK. This blog will be  forever thankful to both Francis and Eddie for their work

In May 2017, when  I started the THINK blog, and both Eddie and Francis continued to give me advice and  insight –  it’s fair to say that  I didn’t at the beginning, really quite know what I was doing or  entirely understand the full implications of what I was getting into! But the help and advice and encouragement  – especially the writing advice from Francis   – helped  me take  what was intended to be a small “North Kensington community campaigners noticeboard”  blog to another level  and make it what it is now.

Aftet  the Grenfell Tower fire atrocity , an avalanche of media descended upon our community, and many who had not known North Kensington, not been familiar the  work of GAG,  began to sit up pay attention  and take  notice of the issues  and problems  that had faced North Kensington for years before. While many rightly recognised  Eddie Daffarn and his work,  they wrongly ignored Francis and his contribution.  This blog hopes that they will see this and  give Francis the credit and recognition he deserves- it is way overdue.

The last time Francis and I spoke he talked about missing North Kensington, the area, the community and his friends here and expressed a wish to come back and live here  Unfortunately, it wasn’t to be, and on the 17th of December, after being in poor health for several years; he sadly  passed away.

Francis O’Connor and his work leave a long lasting legacy, not just in North Kensington, but far and wide beyond here.  Also  as well as inspiring myself and a whole host of other writers, bloggers, and campaigners; the work of  Grenfell Action Group has served to improve the standard of local news reporting,  as they, together with From The Hornets Nest, became the real go-to sources for  local news; what really goes on,  rather than most of  the then “local rags” which were more concerned with giving space  and PR to top RBKC  politicians who already had platforms, and to publishing Court Circulars from Kensington Palace than they were with reporting on the  important issues that mattered most to locals. These blogs and their authors – and Francis particularly  – were and are, game changers, as even shortly before Grenfell, several of the official local news reporting sources,  seeing the better quality of news and writing in these blogs,+ started “upping their game” and improving.

In fact Francis  O’Connor and some essential information he managed to get from RBKC (whch they had attempted to hide from residents) were exclusive scoops worthy of national news long before the fire; the secret social cleansing regeneration of Notting Dale plans and the asset stripping workings behind the scenes are just a couple of examples of these.

Francis has been taken from us far too soon, but his work and his influence and impact on the worlds of journalism, blogging and community campaigning  will live on forever . May be rest in peace and always be rightfully remembered.

Here are some words from others:

Lancaster West Residents Association
“Francis was always a great friend of Lancaster West both when he was a resident here and even after he moved away to Ireland. A born fighter he spent his time looking to push back against the gentrification of the area, the Council’s plans to redevelop it for profit and move most of their social tenants out of the area.

As co-founder of the Grenfell Action Group along with Ed Daffarn they campaigned to fight the injustices he saw both to his neighbours and the whole of Notting Dale. He worked ceaselessly with limited resources and access, through research and F.o.I. requests to bring to light uncomfortable facts and plans such as the 2009 Notting Barns South Masterplan report, forced from a reluctant council after he complained to the Information Commissioner’s Office, which detailed the total regeneration of the area, replacing social housing with mostly private housing to ‘improve quality’.

GAG campaigned against the sitting of the Kensington Aldridge Academy and Leisure Centre which took much loved sports fields and land away from the estate and started the cycle of construction and redevelopment which has blighted the estate for years. They fought so hard against the disastrous refurbishment of the Tower, the power surges, the broken emergency light system, the missing fire equipment, and the Fire safety breaches stretching back years. They formed valuable connections with other groups campaigning for better social housing, such as the Radical housing Network and inspired so many local campaigns and blogs. Providing the ammunition they needed and always backed by meticulous research.

It is sad that he never received the recognition that he should have done after the fire even though he continued to try to keep the blog active and relevant on his own. Most recently championing the work of Anna Stec to investigate the contamination left on the estate.
Francis could be awkward and difficult, but they were qualities he needed in all the battles he fought. His own health was damaged after he was given contaminated blood products in hospital, part of a huge scandal and maybe his quest for justice started with his battles for compensation there. His death will leave the whole area poorer and without someone to fight against the corporate interests threatening to destroy a whole community.”

“Francis O’Connor’s fearlessness and commitment to ensure that what was happening to his community could not be ignored, hidden or misrepresented gave a voice to the voiceless and has left an enduring legacy.”

“I first met Francis when came to our councillors’ surgery in the 1980s. I had no notebook or pen with me and nor did he, so he was very surprised that I was able to recite back to him both his address and the concerns that he wished me to raise.

I knew him over many years thereafter, for good reasons and bad – but mainly good. He was very protective of his local community in all its diversity and his work for the Grenfell Action Group was very much appreciated by his neighbours. He was indeed a fearless champion for them and someone who refused to accept the many anodyne views of our Conservative council.”

“I’m sorry Francis could not have lived long enough to see those who caused the Grenfell Tower Fire atrocity that killed 72 North Kensington residents brought to justice. He was attacked and vilified by RBKC and the TMO for predicting what became the deadly truth about the botched refurbishment. May he rest in peace.”

“He was an outspoken and articulate campaigner who spoke from the heart and with conviction.”

The task of  picking a few favourite Grenfell Action Group blog posts wasn’t easy as there are so many! But here are several favourites in chronological order and are essential reading both for anyone who would like to read Francis’ work, on the blog and for a real, no-holds barred detailed look into the background behind Grenfell, North Kensington and RBKC :

The “Latimer Masterplan and the Stock Options Review” 13th July 2012

Wornington Colege – and several links to many GAG blogs about the College, KCC and the RBKC backstory there on this from 26th June 2017 https://grenfellactiongroup.wordpress.com/2017/06/26/what-future-for-wornington-college/

Grenfell Tower – the truth will out 29th June 2017 https://grenfellactiongroup.wordpress.com/2017/06/29/grenfell-tower-the-truth-will-out/

And finally this, Francis’ last blog post – The Anna Stec affair revisited on the 23rd of May 2021. Another GAG classic and must-read