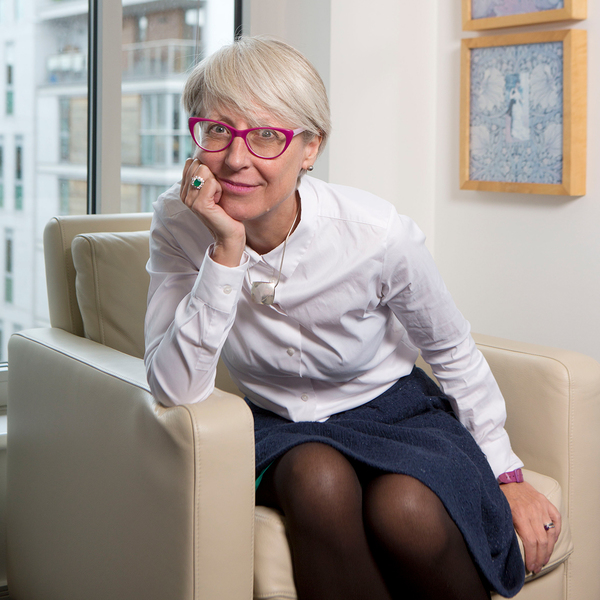 This is Kate Davies, Chief Executive of Notting Hill Housing.

In our previous blog post, we highlighted how Notting Hill Housing (along with some other housing associations) in their housing policies  have moved far away from the charitable organisations that they were initially set up to be.

It has been brought to our attention by many residents of both Notting Hill Housing and Genesis that the planned merger will lead to more social cleansing carried out with the likely outcome of their properties in or near our (highly priced) area of London sold off to generate more revenue, as well as tenants and leaseholders facing exorbitant rent hikes.

Genesis, like NHH, are also partners in several social cleansing projects in other parts of London, such as Grahame Park in Colindale, northwest London, Woodberry Down in Manor House, north London and Oaklands (part of the Old Oak regeneration project) which is only a couple of miles from us in west London. All of these projects have or will have less social housing provided than before.

Some have seen Notting Hill Housing (NHH)  and Genesis properties locally being sold off, rather than offered as social housing. Yes NHH  claim  that they need to generate revenue – but we have pointed out before that together, NHH and Genesis are sitting on £3billion in reserves (which makes The Rotten Borough of Kensington. And Chelsea’s £274million look like peanuts in comparison).

We do not trust these organisations, those in charge of them or their motives for going ahead with this merger and neither do many of their residents. Indeed  the future  aims of these two big beasts of housing association appear to be  increasingly raking in huge profits from sales and rents of unaffordable properties rather than providing social and genuinely affordable housing – a stark contrast to their humble beginnings and the charitable aims of the original founders.

THINK agree with the residents that bigger is not better when it comes to housing associations. Readers of our previous post can hear about how NHH has lost touch with its charitable roots and has turned into more of a profit-making corporate giant, out of touch with the views and wellbeing of many of its residents and more concerned with flogging off its more expensive properties and  awarding executives fat cat salaries. This situation will only worsen if the merger goes ahead, particularly as Genesis may not be in such great financial shape – rated negative by independent credit rating Moody’s

There is a meeting for NHH and Genesis residents on Saturday 28th October at the Church of St Mary, St Mary’s Square, London W2 at 1pm.

We urge all concerned residents of both these housing associations to vote against the merger and to go there and make your voices heard.

There is also a “NO to the NHH/Genesis merger” protest at The Homes Conference  at Olympia, Hammersmith Rd, London W14 onWednesday 22nd November between 8:30am-11am. Some THINKers will be there and we recommend that everyone  who cares about our community and the  future provision of housing for all to join us!

We’ll leave you with some videos of NHH and Genesis residents and supporters protesting :

3 thoughts on “Notting Hill Housing and Genesis: Residents say no to the merger!”